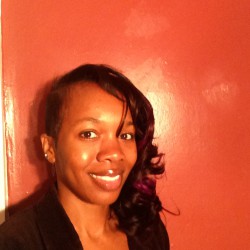 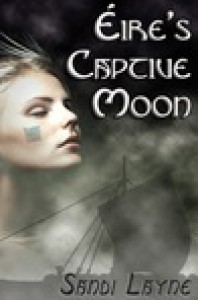 I was initially interested in reading Eire’s Captive Moon because it’s supposed to be a tale that delves into the Viking way of life and how it affects those they encounter (at least that’s my take). But that sentiment wore off quickly. The story follows an Irish healer Charis and Prince Cowan as they are captured and made slaves by Viking raiders. Their plight awarded me some suspense, but I became bored after a while. The trials of Charis and Cowan, even the mini battles disinterested me. I found myself skimming paragraphs full of uneventful descriptions just to get to the dialogue. And even that was stilted and blah.

There was no connection with any of the characters making it difficult to care about them. I didn’t feel any need to worry or fear things wouldn’t turn out OK for Charis and Cowan. I could foresee where this one was going and how predictable the plot would turn out. Charis gets points for not being the typical damsel in distress but her stubbornness causes her more pain when she takes matters into her own hands. Cowan isn’t quite the hero I thought he’d be, but he isn’t all bad. I would have liked to see more depth in these characters. They were cookie cutter representations of a hero and heroine who find themselves in horrible circumstances, only to have their expected happy ending. Now if things had gone awry and events were unexpected, I would have been more engaged while reading.

The prologue was the most interesting part of the novel. I wanted to know more about the aged healer and Charis’ adopted father, Achan, who was so unlike others from his village. The few scenes Achan was in were exciting and made me want to read more. But that was only the first five or so pages and after that, my interest waned. Moving from the past into the present was simply OK. I expected to be pulled into the story, wanting to learn more about the little girl Achan brought home one cold winter’s night. But the Charis we see in adulthood doesn’t have the pull a great heroine needs. Yes she’s brave, has some kind of supernatural ability and doesn’t back down, but that equals to nothing more than she’s a stubborn woman who won’t change her ways. We need a little more than that to want to root for this character. It took me a while to get interested in what was going on with Charis and by then, I wanted to read something else. The action was minor and could have made the story if it was just… more. I didn’t want to invest my time in this tale because I didn’t feel like I knew the characters or should care about them. There was no reason to.

The story wraps up too neatly and isn’t a very convincing ending. I expected Eire's Captive Moon to go out with a bang considering this is the first in a trilogy. It left me wanting and dreading reading the next installment. While I can’t recommend this as a great read, I won’t discourage anyone from reading the novel if it appeals to their senses. This book just wasn’t for me.

I was provided an ARC of this novel by NetGalley and The Writer’s Coffee Shop for an honest review.